Please submit form below for quotation requests with our services etc.

Stay up to date with our news updates via Newsletter subscribe. 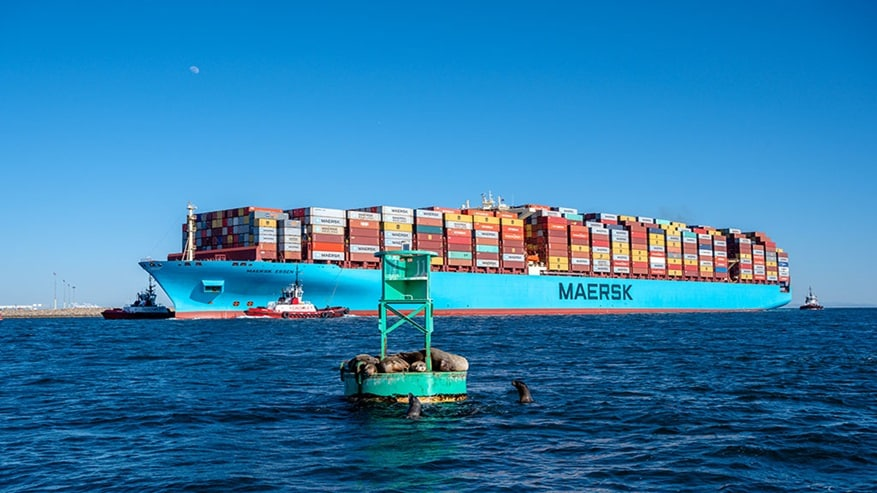 By Mike Wackett (The Loadstar) –

There are calls for an urgent review of container lashing practices and stack height restrictions after another box ship lost a huge number of containers in the Pacific Ocean.


Maersk said “all crewmembers are safe and a detailed cargo assessment is ongoing” as the ship continues its voyage.


According to a FleetMon report, up to 100 containers have been sighted drifting north-west of Honolulu. In their mostly submerged state, they will remain a serious hazard to small craft.


This is the third such serious incident on the tradelane in less than two months, the ONE Apusloss of more than 1,800 containers on 30 November the largest.


According to a World Shipping Council report in November, an average of just 1,382 containers are lost at sea each year from around 5,000 container vessels in operation.


The Maersk Essen is deployed on the 2M Alliance’s biggest Asia to US west coast string, listed as Maersk’s TP6 service and MSC’s Pearl service.


“We view this as a very serious situation which will be investigated promptly and thoroughly,” said Maersk, adding that it would “be taking any necessary steps to minimise the risk of similar incidents in the future”.


However, there seems little doubt that current practices for lashing and securing containers onboard large containerships are no longer fit for purpose, with an increase in the frequency and severity of bad weather, particularly on the Pacific.


Containerships can be subject to pitching and rolling violently, as well as a phenomenon known as parametric rolling, which can see the ship roll 30-40 degrees, or more. Such powerful forces can easily snap lashings and locks of a 10-high container stack, resulting in losses into the sea and damage to remaining boxes.


A report published last year by the UK’s Marine Accident Investigation Branch (MAIB) into the January 2018 loss of 137 containers in the Pacific from the UK-flagged 13,460 teu CMA CGM Washington, concluded that the collapse of container stacks was caused by a number of factors, including excessive racking loads.


Moreover, a recent paper, published in the Journal of Ocean Engineering and Technology, concluded that due to the risks associated with dynamic stability on container vessels, including parametric rolling, new containerships were likely to feature “reduced onboard cargo volumes in comparison to existing ships”.


The authors added that there was “a great possibility that they [existing ships] will be forced to decrease their onboard cargo volume or operating speed”.

A few easy steps & your enquiry is sent
Request Now!